Judith J. George June 2, 2022 Student loans Comments Off on Husband said no to wife’s out-of-pocket expenses after receiving huge inheritance but didn’t want to share it to pay off student loans 20 Views 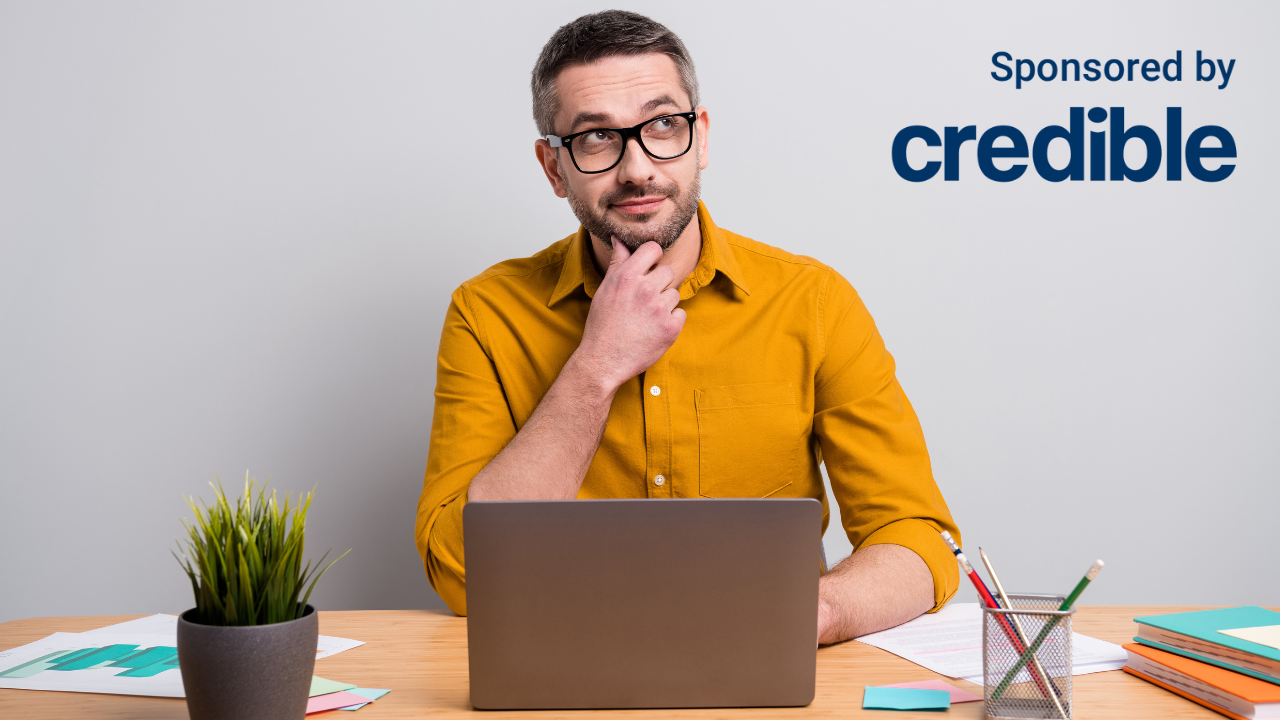 It’s not often that we talk about conflict stories where people online decide there’s no good/bad guy in the conflict and everyone sucks in that situation.

But it still provides an opportunity for debate, promotes understanding and allows people to learn something from these situations.

A story of such a nature has been circulating the internet, originally posted on Am I The A-Hole? subreddit, where a husband asked the community for a view on him asking his housewife to use his inheritance to pay off her student loans, and because she refused, he decided to separate their personal finances, thus cutting her off from her income, which is, let us remember, the only income of the family.

A legacy is bound to cause drama, but it’s rare for both sides to be both right and wrong in such a situation.

So, Reddit user u/sloanaita posted a quick story on Am I the A-Hole? subreddit, asking community members to explain if he is wrong to expect his wife to help pay his student loans using his recent inheritance.

OP is the father of 2 children and the only breadwinner in the family, while his wife is a stay-at-home mom who spends her days taking care of the children and the household. He is slowly but surely trying to pay off his student loans.

And although his wife is not participating in the workforce, she recently inherited a large inheritance, the one that OP specified is 5 times the amount of his student loan (which would take 20% of the inheritance). And once the dust following the formalities of the inheritance had settled, he approached Madame to find out if she could use it to repay her debt.

A Redditor recently asked people online if he was wrong to expect his wife to help pay off his student debt using his inheritance. 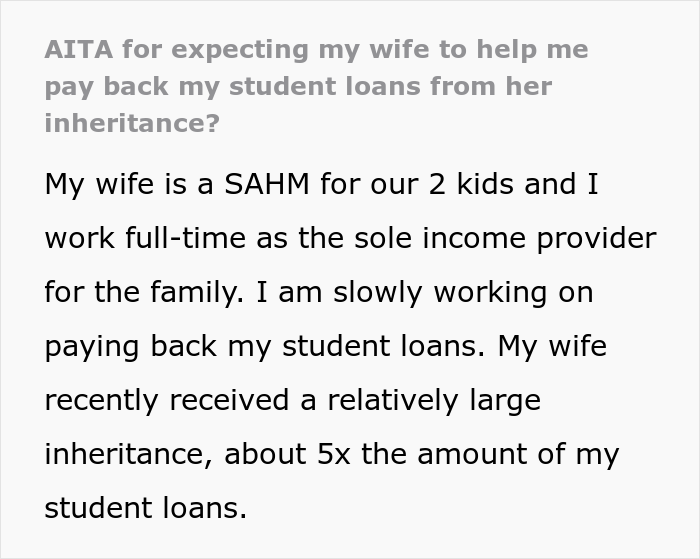 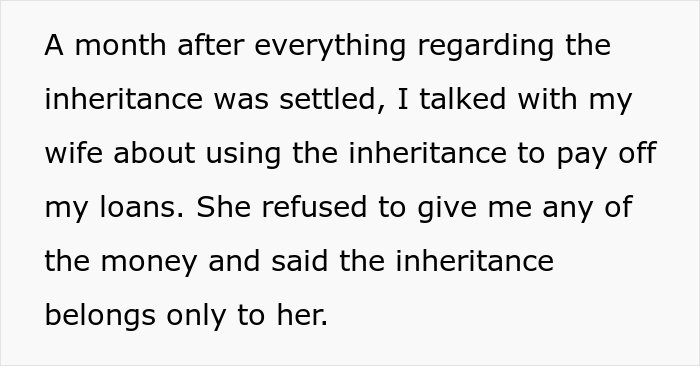 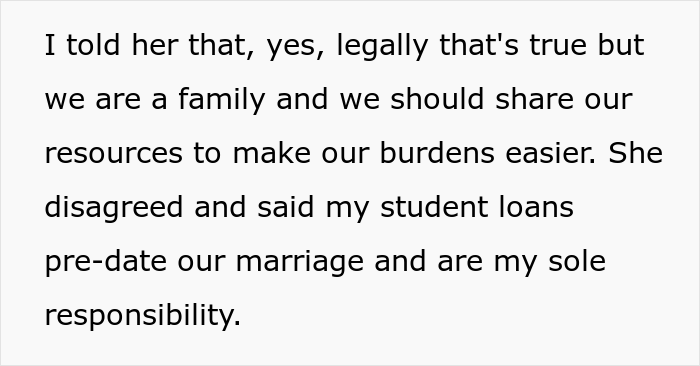 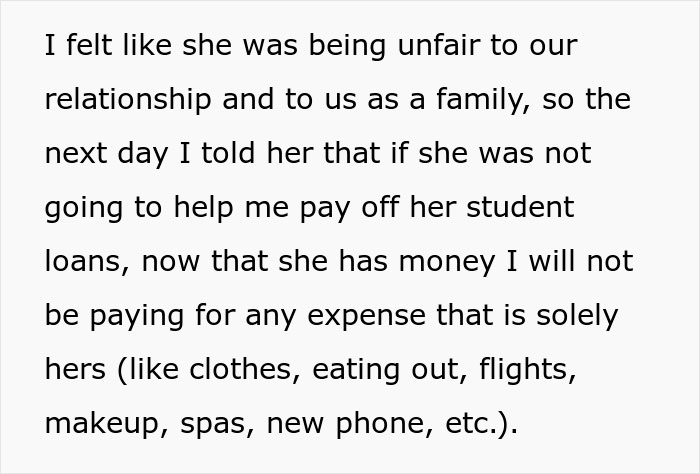 OP argued that the family would benefit as it would ease the burden on the family and furthermore they are a family and the resources should be shared for the good of the family. However, the woman refused, saying the inheritance was hers and that her student loans predated the marriage and were therefore the sole responsibility of OP.

In response to this, feeling it was unfair to their relationship and family, OP decided that splitting the finances would be the fairest thing to do. The next day, he told his wife that he was cutting personal expenses for her – that is, clothes, dining out, flights, personal hygiene and other personal necessities would no longer be financed by her money, since she had hers.

On the one hand, it was his inheritance, but on the other hand, the husband argued that it would help the family as a whole. 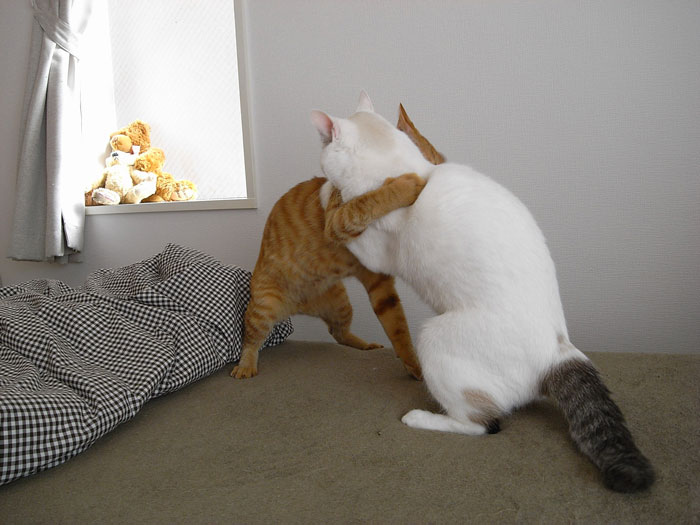 Instead, he’ll reallocate that money to paying off the student loan faster and, assuming he supports the family as a whole. The wife did not like this at all, saying that he controlled her position as the sole earner in the family.

This conflict eventually found its way to the Am I The A-Hole? community on Reddit, asking people’s verdict on who was wrong here. And… well, they decided that everyone here was wrong.

People have explained that they are both acting childish, which is not good in a marriage. And even though they saw rights on both sides, there was always the problem of one issuing an ultimatum while the other didn’t think about what was best for the family.

The AITA community was mostly of the opinion that everyone should grow up and act like partners because it is a marriage, after all.

Some agreed with OP, saying he was actually right to act the way he did. Some saw her as a bit selfish because she can’t reciprocate by giving money, but most of all people pleaded for them to remain civil and understand that this is a partnership and that there is nothing. IThere is only We.

Some agreed with OP, arguing that if anything, the woman was unwilling to reciprocate by donating money

Either way, the post garnered nearly 10,000 upvotes and a handful of Reddit awards, and made headlines online. Besides that, it also generated discussions in the comments section, which you can find here.

But we would love to hear your thoughts on who is right and who is wrong and what would be the optimal solution in this situation in the comments section below! 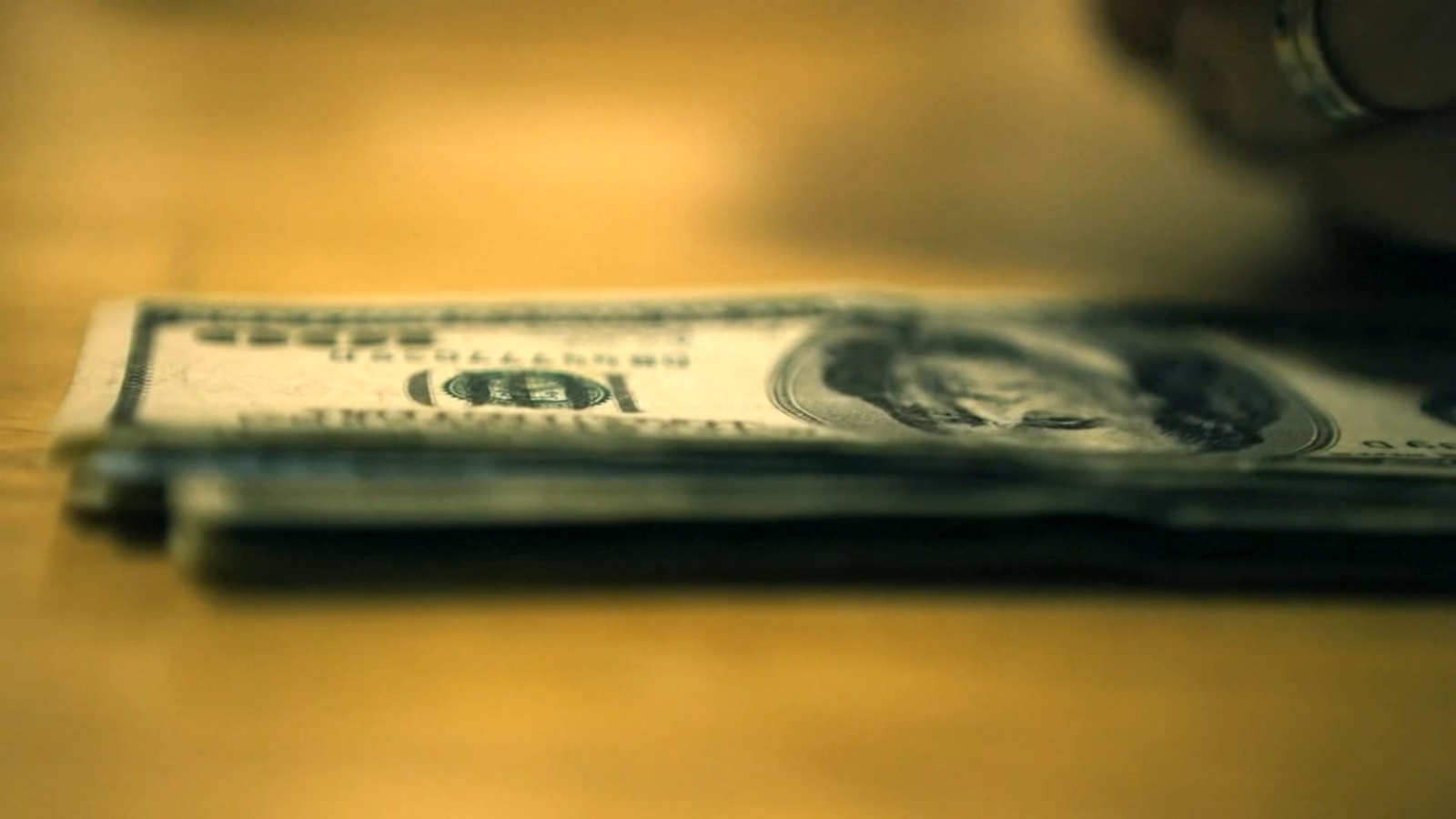